Okay, so I expected silliness from the anti-gun side.  They want more regulation in spite of the simple fact that all of the proposed regulations, as well as the considerable regulations that already exist, won't prevent a nut case who hates his mother enough to put four rounds into her face from blowing away little kids, if that's the plan.  Nevertheless we have calls to ban automatic weapons, which have already been illegal since the 1930's, or to ban high capacity magazines, when all a crazy nut nonentity loser has to do is buy several regular magazines and stick them into his pocket on his way to the elementary school, or the theater, or the church, and on his way to momentary fame with his name and picture spread all over the news for a week or two.

And I also expected that the National Rifle Association would reject the notion that it is somehow complicit in mass murders.

But the recent press conference by the NRA is just as silly as the anti-gun dreamers.  The motto is now, "Guns don't kill people.  Violent video games and Hollywood slasher movies kill people." Give me a break.  Those things are classless and repulsive, but that's about it.  If anything, violent or pornographic movies and media might act as an outlet for twisted aggression rather than as an instigator of evil.

So what does the head of the NRA suggest?  Armed guards in all schools.  Right.

The government and the Cult of Homeland Security has done such a good job with the TSA and airport safety; let's create a government school security authority, armed, for safety sake.

Hey, it isn't that I don't care that our little kids, or big kids for that matter, are highly vulnerable.  It's just that I don't trust government solutions to do anything, other than increase opportunities for graft and political patronage, to protect the kids.

It occurs to me that there are lots of citizens at home, nowadays, having lost their jobs.  and a whole lot of those jobs are never coming back.  So what do we have?  An untapped pool of home school instructors, that's what.  If schools are so dangerous that we have to have armed guards permanently posted in the schools, well, keep the kids home, where they will be safer.  And probably better educated in the long run.
Posted by Walt at 10:22 PM 1 comment: 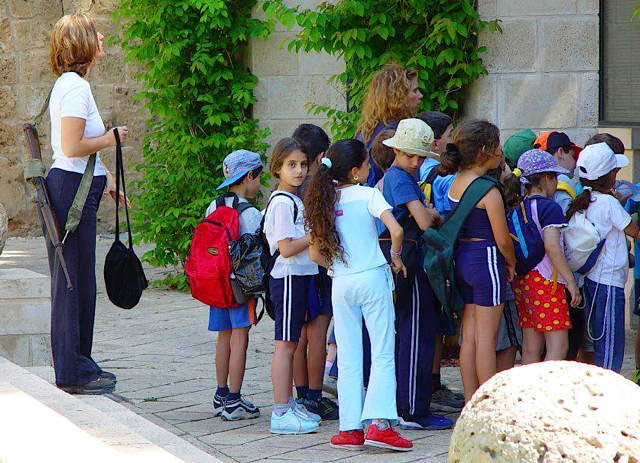 ﻿
An elementary school in Israel.  Prepared to improve the odds.  (Thanks)

Have you ever noticed that all the crazies who want to go out in a blaze of bullets before the final round that ends their life, never, ever, choose to go to a police station and try to shoot all the cops?

John Kerry for Secretary of State . . .

Tights for men?  They are are calling them "meggings," for men's leggings, I guess.

With all the cultural conditioning that goes on from birth about the proper distinctions between men and women, well, let's just say there's a name that's suitable for men who choose to wear meggings.